10 World Is Oldest Zoos You Should Visit

The Zoo is a place of animal rearing in an artificial environment to be shown to the public. The world’s oldest zoo grew from a royal ward of various nobles to enjoy keeping exotic pets until finally this private animal collection was opened to the public and transformed into a zoo full of attractions and visited by tourists around the world

The oldest zoo in the world below has undergone many renovations to keep up with the times. However, there are also many original buildings that have become protected historical sites and used for other purposes because they are no longer suitable for animals.

Here are 10 of the world’s oldest zoos

Tiergarten Schonbrunn Zoo has been operating continuously since it opened on July 31, 1752 making it the oldest zoo in the world. The buinatang garden was built on the orders of the Holy Roman Emperor Francis I, husband of Maria Theresa as an imperial zoo. Technically the zoo is older because a group of animals have been kept in this place since 1540. The Tiergarten Schonbrunn zoo was not open to the public until 1779.
Although the zoo has been closed several times, it still survived the World War and financial crisis of the 1980s. The zoo has been privatized since 1992 to help maintain its financial situation.
Year Established : 31 July 1752
Location : Vienna, Austria
Land area : 42 ha
Number of animals : not found
Number of species : 700 species

London Zoo ZSL (Zoological Society of London) or London Zoo opened on 27 April 1828, two years after ZSL was founded. Although London Zoo is not the oldest zoo in the world, it is the oldest scientific zoo since the world’s two older zoos began as royal threats.
For decades, London Zoo was only open to ZSL peers to study exotic animals. To help fund aid, London Zoo opened to the public in 1847.
Year Established : 27 April 1828
Location : Regent’s Park, London, England
Land area : 36 ha
Number of animals : 19,289
Number of species : 673 species 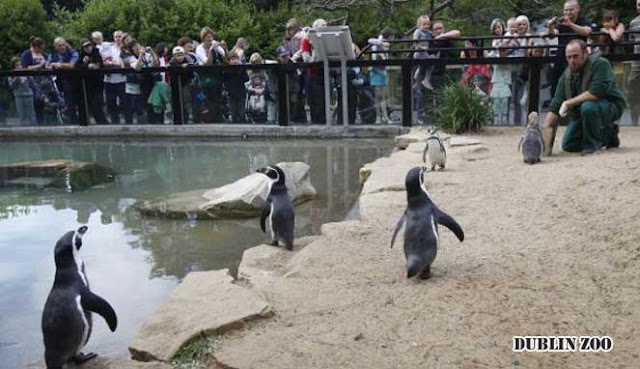 Dublin Zoo is a large zoo located in Phoenix Park in Dublin, Ireland. The zoo was built to be dedicated to the conservation of various exotic and endangered animals from around the world.
The zoo, designed by renowned British architect Decimus Burton, was founded in 1830 with the first animals brought to Dublin Zoo at the donation of London Zoo.
As is the case with London Zoo, Dublin Zoo has been used to study animals since its founding and maintain its tradition to this day which is part of a worldwide programme to breed endangered animal species.
Year Established : 1 September 1831
Location : Phoenix Park, Dublin, Ireland
Land area : 69 ha
Number of animals : 400
Number of species : unspecified 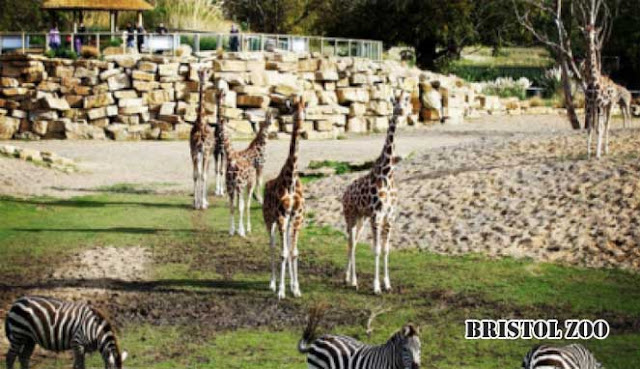 Bristol Zoo is one of the oldest zoos in the world which opened for the first time in 1836 to Bristol, Clifton and the Zoological society of Western England. Although the zoo is quite small when compared to many of the other oldest zoos on this list, it can hold about 7,000 animals. In addition, there are still many original buildings that stand in this zoo.
For a zoo located in a small province, Bristol Zoo achieved many of the first things to breed, including the first black rhino born in the UK in 1958, the first Squirrel Monkey born in captivity in 1953 and the first Simpase born in Europe in 1934.
Year Established : 1836
Location : Bristol, England
Land area : 12 ha
Number of animals : 7,155
Number of species : 419 species 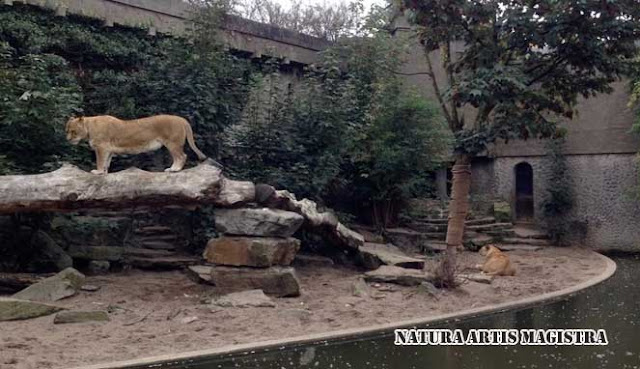 Natura Artis Magistra (Artist Amsterdam Royal Zoo) is one of the oldest zoos in the world located in amsterdam, The Netherlands. The zoo, which contains about 900 species of animals, was founded by Gerad Westerman. J.W.H Werlemann, and J.J Wijsmuller with the aim of promoting natural history knowledge.
At first the zoo collected only a few parrots, monkeys and feral cats from Suriname but a year later the zoo selected all of C. van Aken’s pets such as elephants, lions, panthers, tigers, pumas, hyenas, polar bears, brown bears and many others.
Year Established : 1838
Location : Amsterdam, Netherlands
Land area : 25 ha
Number of animals : about 4,500
Number of species : about 900 species 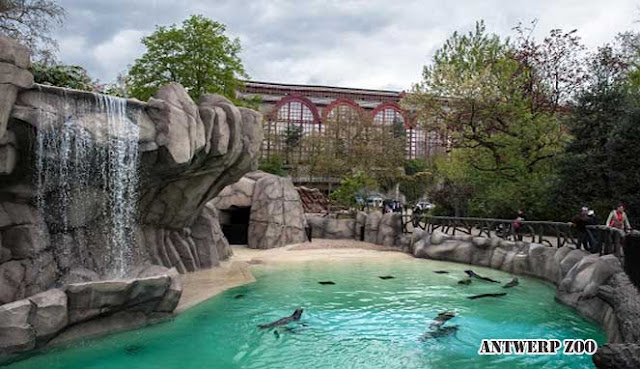 The Antwerp Garden was founded by the Societe Royale de Zoologie d’Anvers (Royal Society of Antwerp for Zoology) in 1843 for botanical and zoological research. Unlike the other oldest zoos on this list, Antwerp Zoo is still run by the city’s zoological society now called De Koninklijke Maatschappij voor Dierkunde van Antwerpen.
In the past Antwerp Zoo was also used to host concerts and boxing and wrestling events at the 1920 Summer Olympics. After World War II, Antwerp Zoo underwent a major renovation to become a more modern zoo that conformed to scientific, educational and cultural standards.
Antwerp Zoo is also home to several endangered animal species such as Okapi, Przewalski Horse, Congolese peacock, bonobo, tamarin golden-headed lion, European otter Knysna Seahorse and so on.
Year Established : July 21, 1843
Location : Antwerp, Belgium
Land area : 26 ha
Number of animals: about 7,000
Number of species: about 950 species. 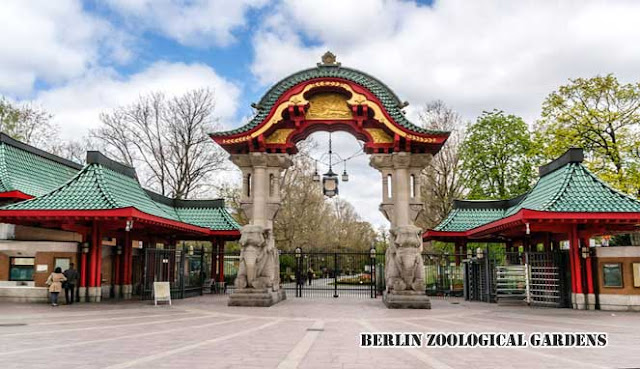 Berlin Zoological Gardens is not only germany’s oldest zoo but also the most famous zoo in Germany. The zoo has an area of 35 ha and houses more than 20,219 animals. Due to its size and number of animals, Berlin Zoo is the most visited zoo in Europe and one of the most popular zoos in the world.
The Berlin Zoo opened in 1844 and the first animals were donated by Frederick William IV, King of Prussia, from the tiergarten zoo and parto rooster (Berlin’s most famous city park). While the aquarium of the new zoo was added in 1913.
Year Established : 1844
Location : Berlin, Germany.
Land area : 86.5 ha
Number of animals: about 20,219
Number of species : 1,373 species 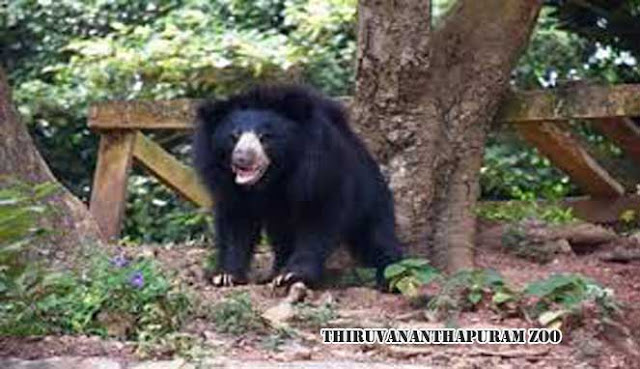 Thiruvananthapuram Zoo or Trivandrum zoo is one of the oldest zoos in the world located in India and throughout Asia. The zoo opened in 1857 but has been around since 1837 – 1847 when Swathi Thirunal Rama Varma founded the zoo with tigers, beetles, cheetahs, eusa, wild boars and other wild animals.
Then Swathi Thirunal’s brother Rama Varma, Utham Thirunal transformed the zoo into a viable zoo with the help of Englishman William Cullen and opened it next to the Napier Museum.
Year Established : 1857
Location : Thiruvananthapuran, Kerala, India
Land area : 55 ha
Number of animals : Not specified
Number of species : about 822 species 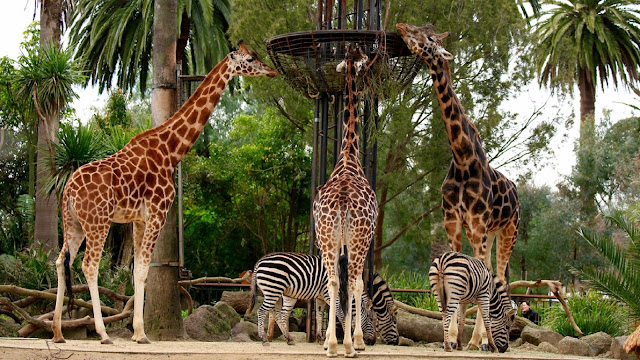 The Royal Melbourne Zoo is Australia’s oldest zoo opened in 1862. The zoo was built after London Zoo. Initially Melbourne Zoo was used to acclimatise pets recovering from their long journey to Australia. But in 1870, under the direction of Albert Alexander Cochrane Le Souef, Melbourne Zoo acquired many more exotic animals.
Year Established : October 6, 1862
Location : Parkville, Melbourne, Victoria, Australia
Land area : 44 ha
Number of animals: about 5,120
Number of species : about 320 species