Indonesia is one of the most disaster-prone countries in the world. With 13 percent of the world’s volcanoes located in the Indonesian Archipelago, it has the potential to cause natural disasters such as earthquakes, tsunamis or volcanic eruptions with varying intensities and strengths.

Here are 10 of the most devastating natural disasters in Indonesia’s history. 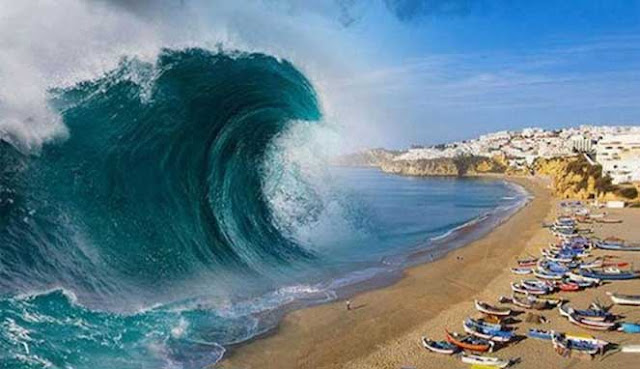 The most recent major natural disaster to occur in Indonesia was the Banten tsunami that occurred on December 22, 2018, the Banten Tsunami was caused by the eruption of Anak Krakatau in the Sunda Strait that hit the coastal areas of Banten and Lampung. At least 426 people were killed, 7,202 were injured and 23 were missing as a result of the incident.
One of the victims killed in this incident was atris Heriyanto aka Aa Jimmy and several members of the band Seventeen.
2. Palu Earthquake and Tsunami, 2018 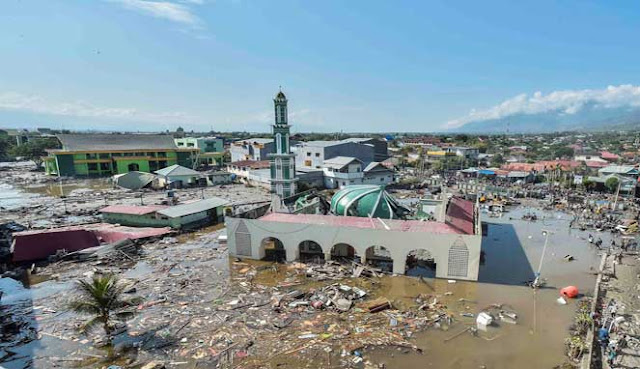 The Palu Earthquake and Tsunami that occurred on September 28, 2018 with a magnitude of 7.4 SR was one of the most devastating natural disasters in Indonesia’s subsequent history. Earthquakes, tsunamis and the appearance of symptoms of liquidation (disbursement of soil) took many lives and destroyed a number of buildings.
As a result of the Earthquake and Tsunami, at least 2,045 people died and 82,775 displaced.
3. Padang Earthquake, 2009 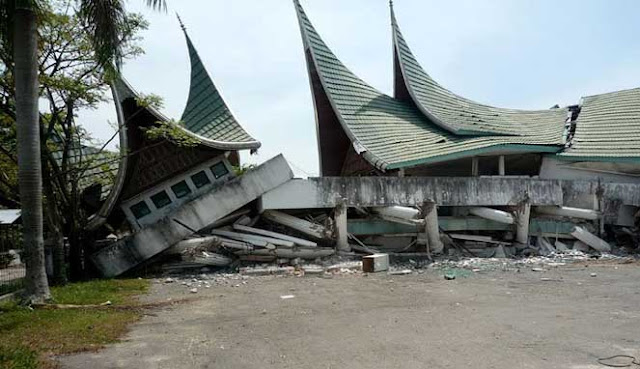 The 7.6 MAGNITUDE Padang Earthquake occurred on September 30, 2009 off the coast of Sumatra about 50 km northwest of Padang city. The quake caused severe damage in several areas of West Sumatra Province.
According to Satkorlak PB data, a total of 1,117 people died as a result of the earthquake. Meanwhile, 1,688 people were seriously injured. While at least 135,448 homes were severely damaged,
4. Yogyakarta Earthquake, 2006 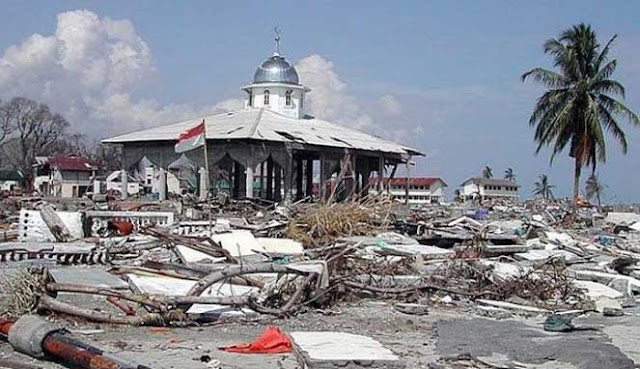 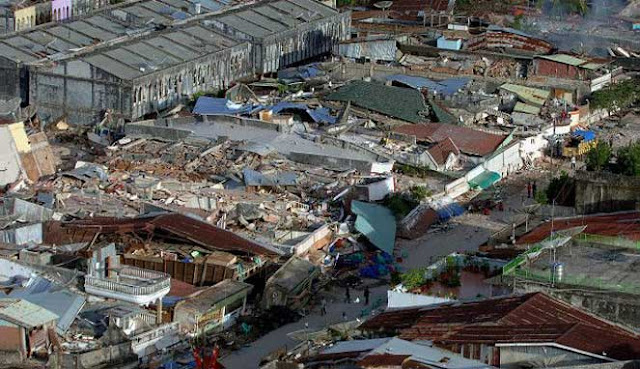 Nias Earthquake occurred on March 28, 2005 with the epicenter
being at 30 km below the surface of the Indian Ocean 200 km west of Sibolga Island, Seismic records give the number 8.7 SR with its vibrations felt up to the cities of Bangkok, Thailand, Malaysia, Singapore, Sri Lanka and India.
With this magnitude, nias earthquake is one of the most devastating natural disasters in Indonesia’s history because it is also the second largest earthquake in the world that occurred since 1964.
6. Eruption of Mount Kelud 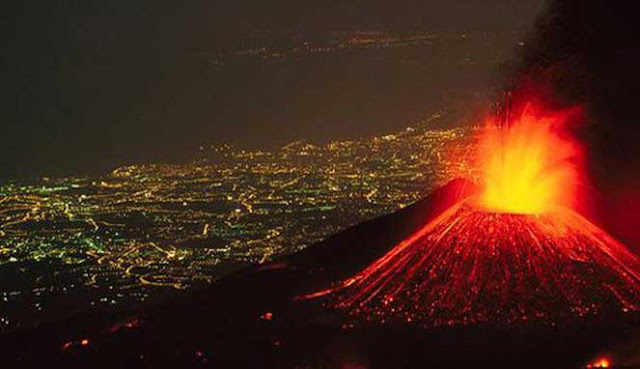 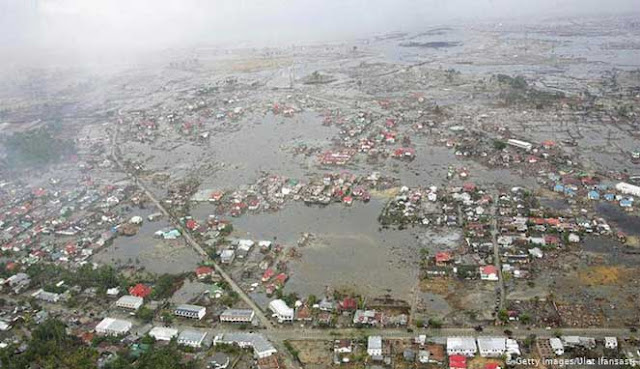 The Aceh Earthquake and Tsunami on December 26, 2004 was one of the most devastating natural disasters in Indonesia’s history and subsequently on our list, The 9.1 – 9.3 SR earthquake caused a 30-meter mega tsunami that devastated the western part of the mainland coast of Sumatra Island directly adjacent to the Indian Ocean killing at least 230,000 – 280,000 people in 14 countries and drowning a number of coastal settlements on the west coast of Sumatra Island.
Aceh earthquake and tsunami is one of the deadliest natural disasters in Indonesia’s history
8. Krakatau Eruption 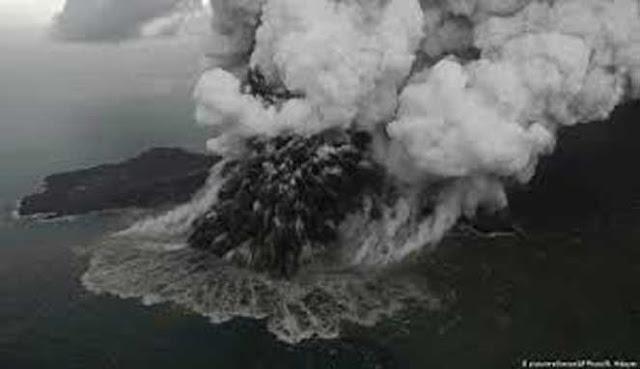 Krakatau eruption on August 26, 1883 was one of the deadliest and most devastating volcanic eruptions in the history of the world with at least 36,417 deaths from eruptions and tsunamis.
Meanwhile, ships sailing as far as South Africa reported tsunami shocks and bodies of victims adrift at sea months after the incident. Merak city and cities along the northern island of Sumatra were hit by tsunamis up to 40 km to the mainland. While the islands around Krakatau almost completely disappeared except for the three islands in the south that still exist to this day.
A year after the Eruption of Krakatau, the average global temperature dropped by 2-4 celsius and the weather remained irregular for many years with temperatures never normal until 1888.
9. Tambora Eruption of 1815 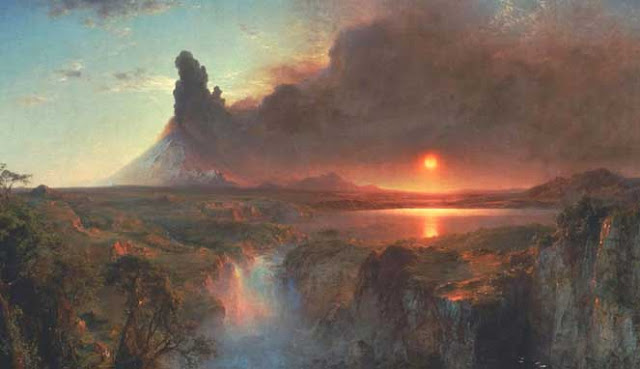 The most devastating natural disaster in Indonesia’s history was the Tambora Eruption that occurred on Sumbawa Island in 1815. The eruption was heard up to 2,600 km and ash fell for at least 1,300 km. Darkness was visible up to 600km from the top of the mountain for more than two days with pyroclastic flows spreading at least 20km from the summit.
As a result of this eruption of Mount Tambora, all the vegetation on Sumbawa Island died, a large tsunami struck several Indonesian beaches and the height of the eruption smoke could reach the stratoster with an altitude of more than 43 km. Ash particles fall 1 to 2 weeks after an eruption and some as
h particles remain in the Earth’s atmosphere for several years at an altitude of 10 – 30 km and the radiance of the twilight sky appears orange or red near the horizon, causing 88,000 people to die and famine and disease after an eruption.
10. Toba Eruption 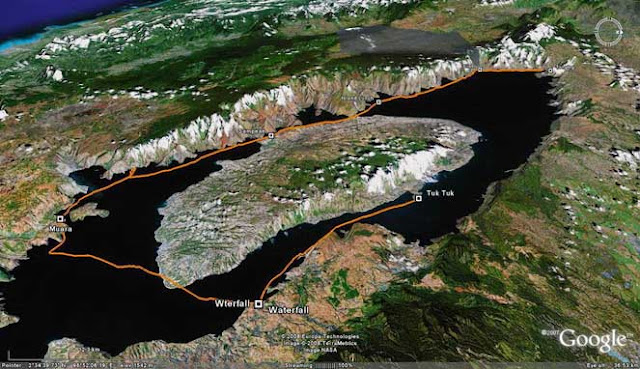 The Eruption of Toba was one of the most devastating natural disasters in Indonesia’s history that occurred at 66,000 – 77,000 years ago in what is now called Lake Toba region, North Sumatra Province. The Toba eruption is also recognized as one of the deadliest volcanic eruptions in the history of the world. The toba disaster hypothesis holds that the most devastating natural disaster in Indonesia’s history resulted in volcanic winters around the world for 6 – 10 years and a cooling period of 1,000 years.
In addition, the Toba Eruption also caused a shrinkage of human evolution and major changes to the topography of the region because its eruptions are estimated to be 100 times larger than the largest eruptions in modern history.
Currently, the Indonesian government continues to make ongoing efforts to reduce the impact of disasters on people and property by preparing for natural disasters including all activities carried out before the detection of signs of disaster in order to facilitate the use of available natural resources. request assistance and and rehabilitation plans in the best possible ways and possible.